I am still reeling from our stunning victory yesterday over the Electoral Commission.

I still vividly remember submitting our first application to the Electoral Commission back in November 2017. 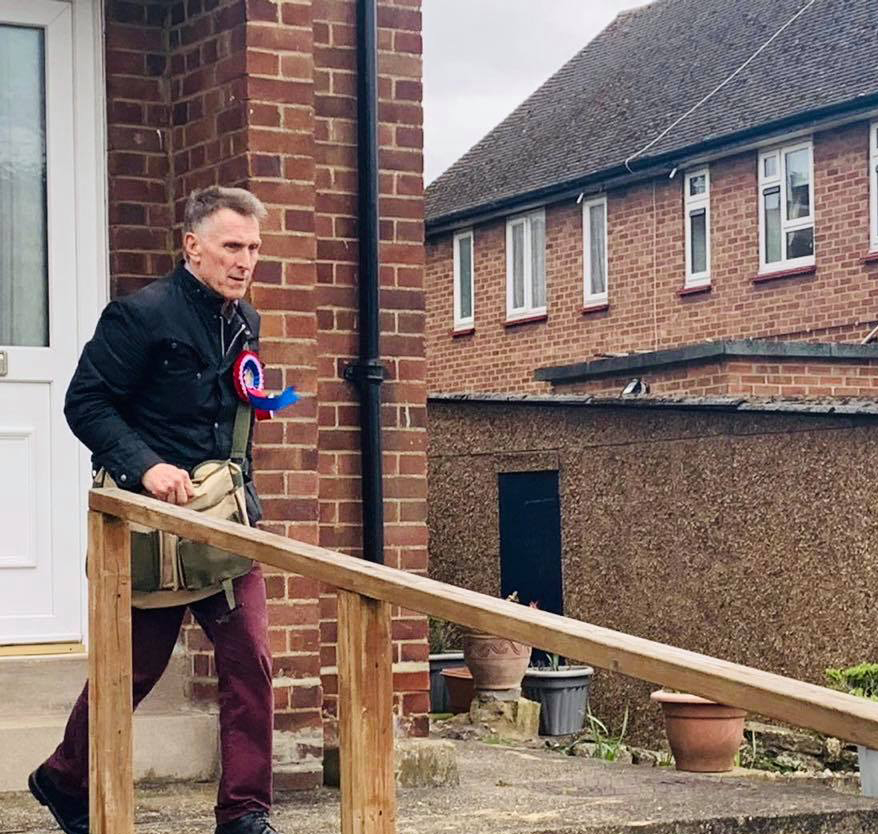 I didn't realise that the battle to enrol Britain First as a political party would take almost four years!

But, once we were engaged in the war against the Electoral Commission, there was simply no way that I would ever accept defeat.

If we hadn't fought the Electoral Commission for so long and with such intensity, Britain First would be banned from politics forever.

The establishment has to accept that, in Britain First, they have a relentless and determined opposition movement that will fight them to the bitter end. 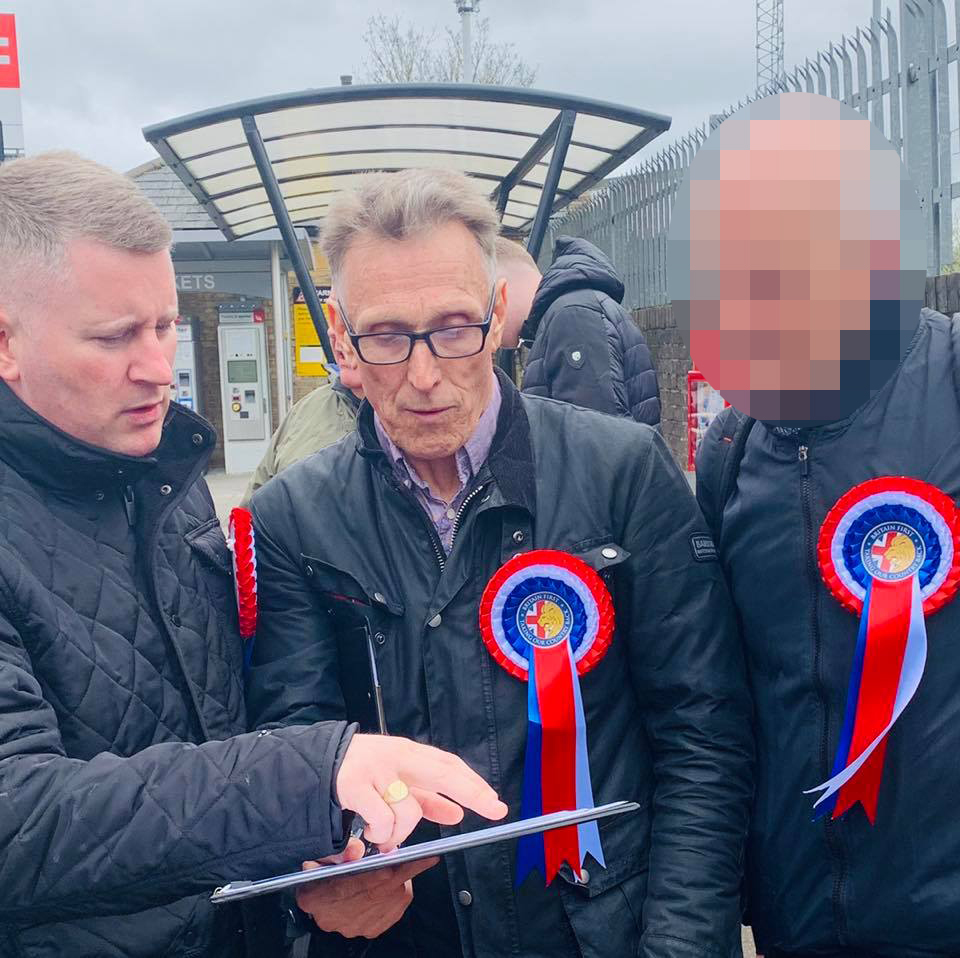 We have bounced back so many times, they must be pulling their hair out!

And thanks to the victory yesterday, we can launch terrifying attacks on them in their Westminster fortress!

Since yesterday, the political Left has been in total meltdown.

Legions of leftist bigots have been crying and commiserating across social media. 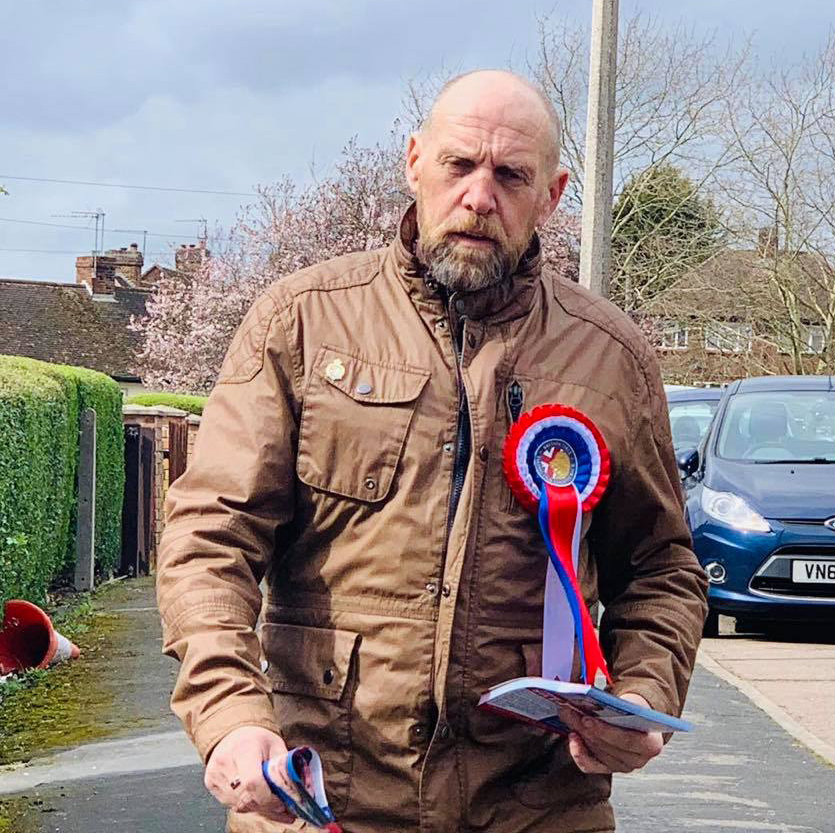 Watching as our opponents have a mental breakdown has been epic!

The truth is though, it took a lot of hard work, perseverance and sacrifice, over four years, to achieve this victory.

Let's be honest, so many people, even our own supporters, doubted that we could defeat the Electoral Commission and become a political party.

I must admit, at times it looked like it was never going to happen. 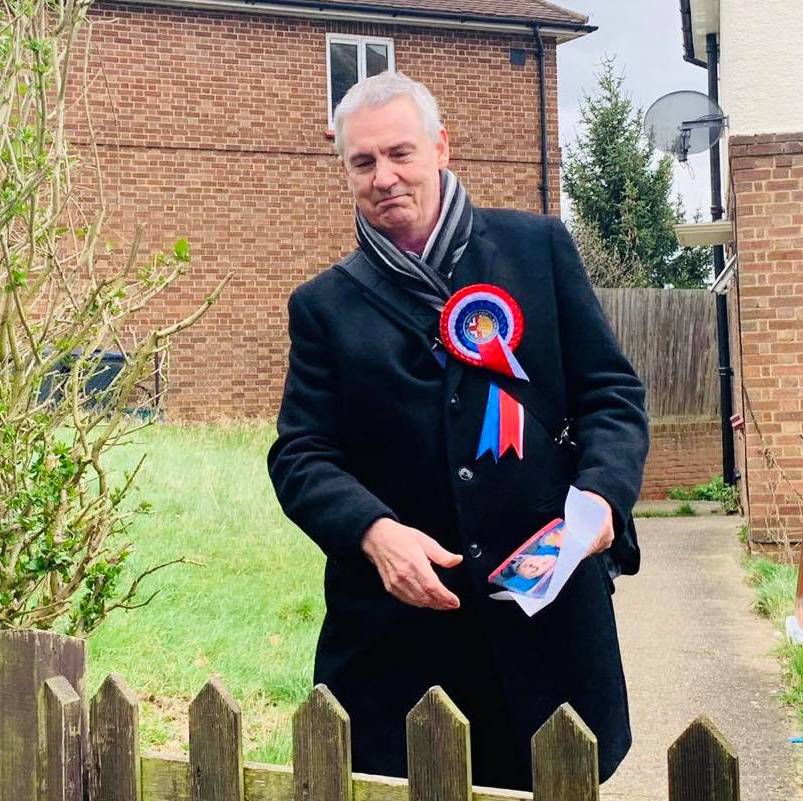 It seemed like we were up against the entire government and we would be rejected time after time.

I honestly didn't expect any relief from a judge if the issue went back to court.

Sometimes you simply have to fight relentlessly over vast periods of time and never give up.

Then, when He is ready, God will deliver you a victory that you never saw coming! 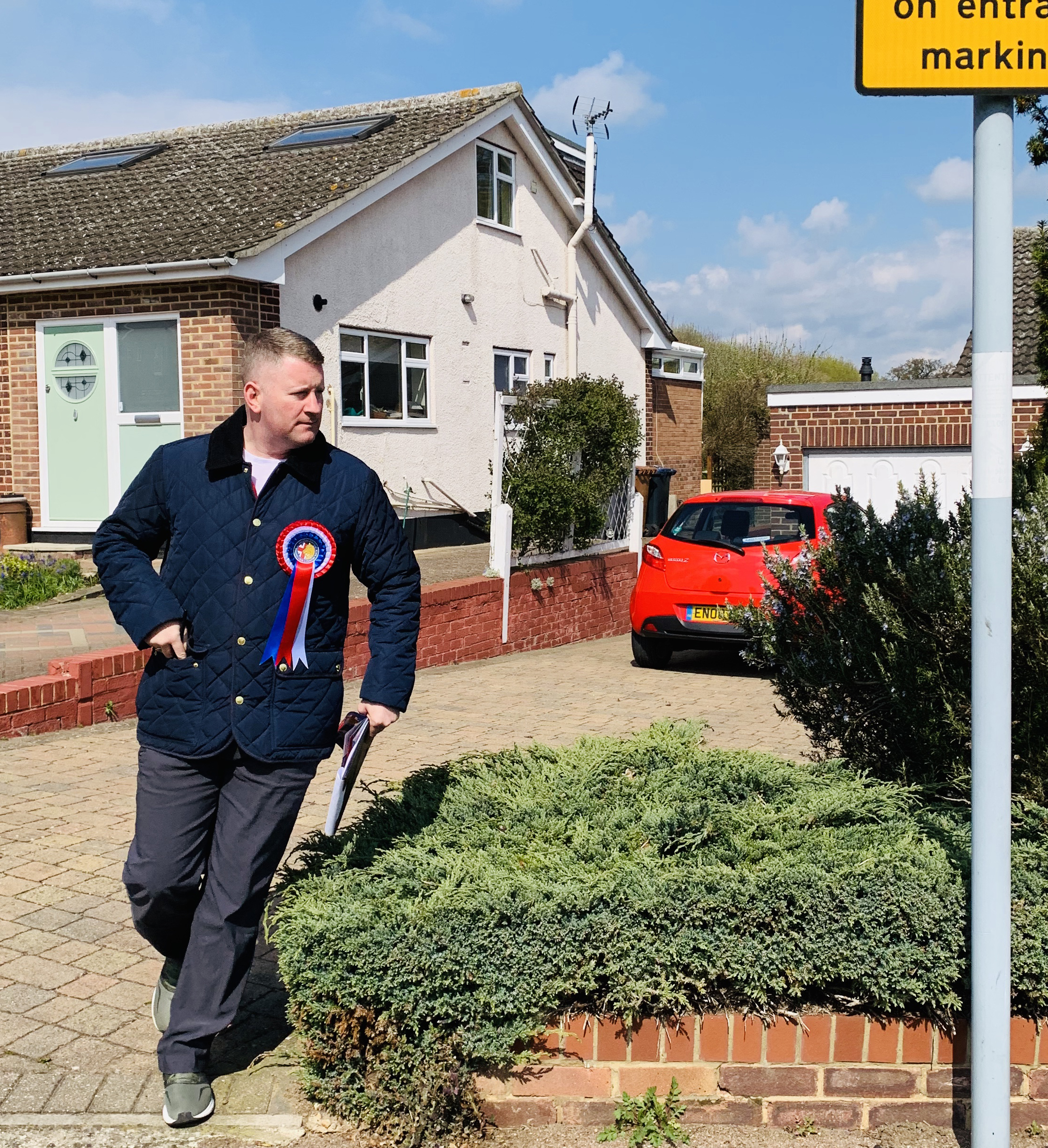 Believe me, the victory yesterday has shaken the establishment to the core.

All of them, from Boris Johnson to Priti Patel, the entire media and most of the leftist politicians in Labour etc. will be very, very worried by our registration as a political party.

They will be hoping and praying that we don't have what it takes to be a major political opposition party, but how wrong they will be!

Even before I founded Britain First back in 2011, I had a ten year tenure in traditional politics under my belt. 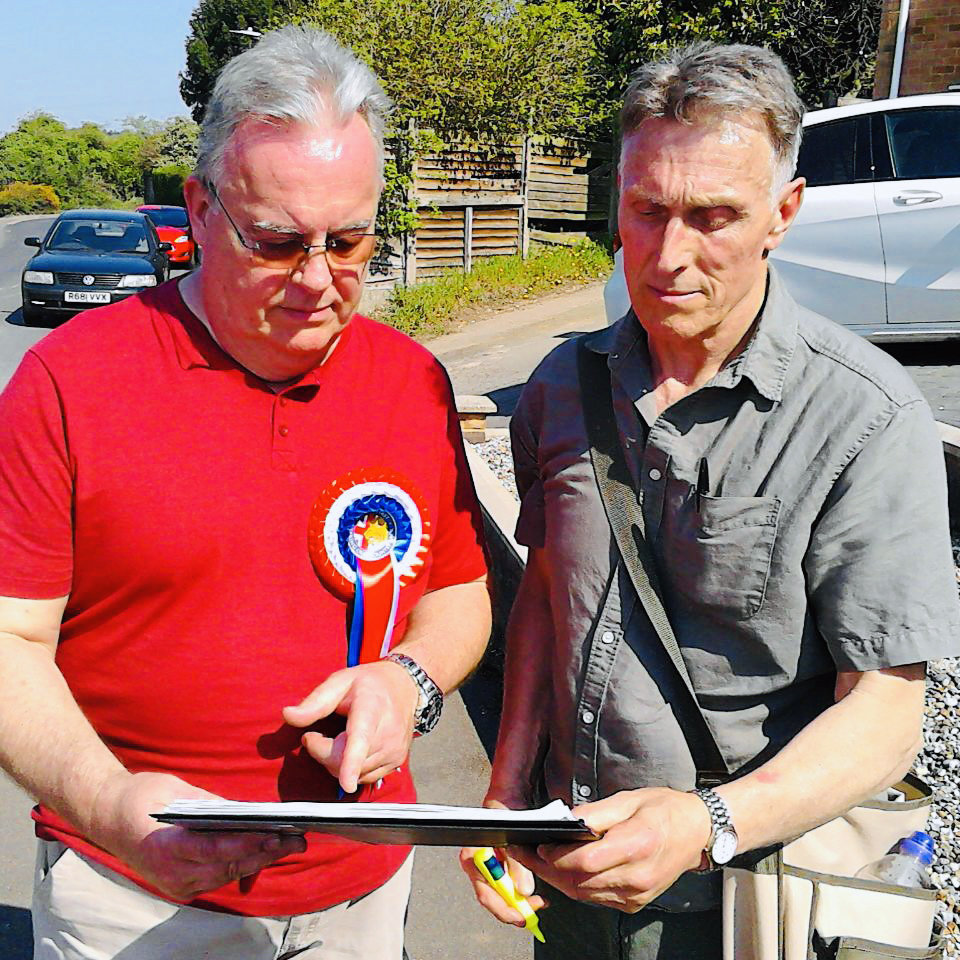 In 2009, I was elected as a local councillor in Swanley, on the outskirts of south east London.

It was a first time effort, and I defeated the Labour Party in a landslide with 41% of the vote!

I understand what it takes to fight local council elections and emerge victorious.

During my three month campaign back in 2009, I used every trick in the book. 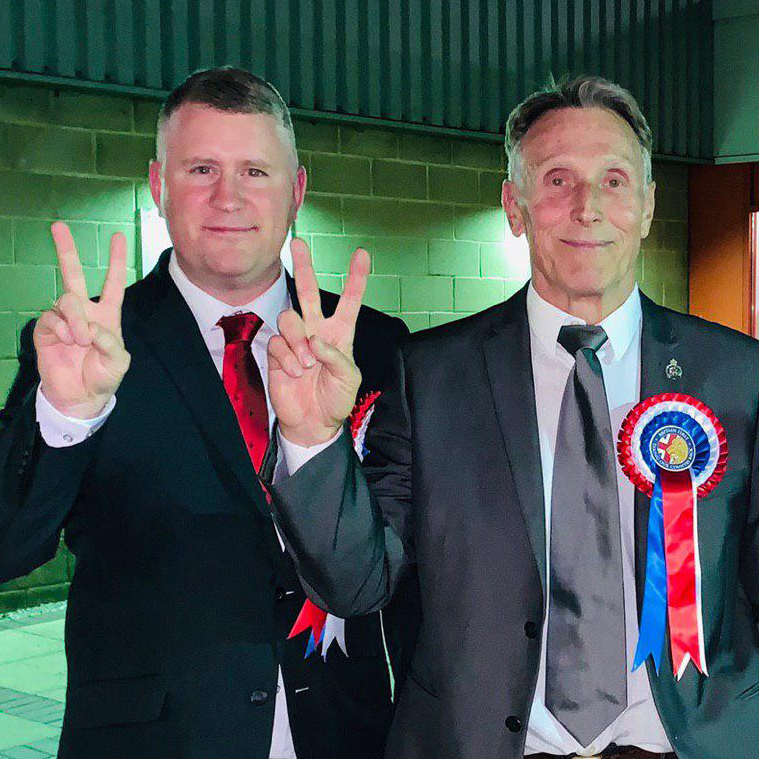 The tactics and skills we used resulted in a landslide victory against the biggest political party in the country (Labour).

Let's face it, the Old-Gang parties are frantic to hang on to their political positions, their cushy life as political parasites, funded by the public.

They want to continue as corrupt, self-serving politicians without a party like Britain First threatening their grip on power.

The Old-Gang politicians will only be afraid when we can go after their safe seats in Parliament, local councils and elsewhere. 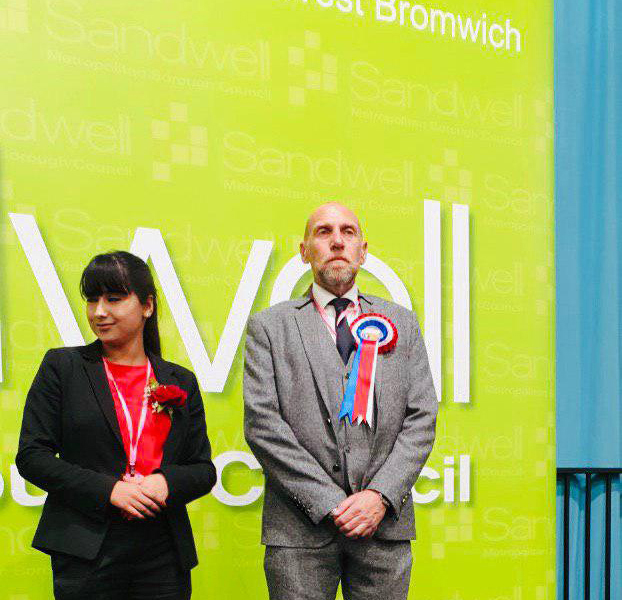 We could hold a trillion demonstrations against them and they will not be bothered, but if we take away their political positions and salaries, they will freak out!

You all understand what Britain First can achieve, and recognise our relentless energy and relentless determination on the streets.

Starting yesterday with our mighty victory, we need to transfer that relentless energy and relentless determination to politics and elections.

Believe me, we will never abandon street activities, but we need to take advantage of our victory by supplementing it with a political arm of our movement. 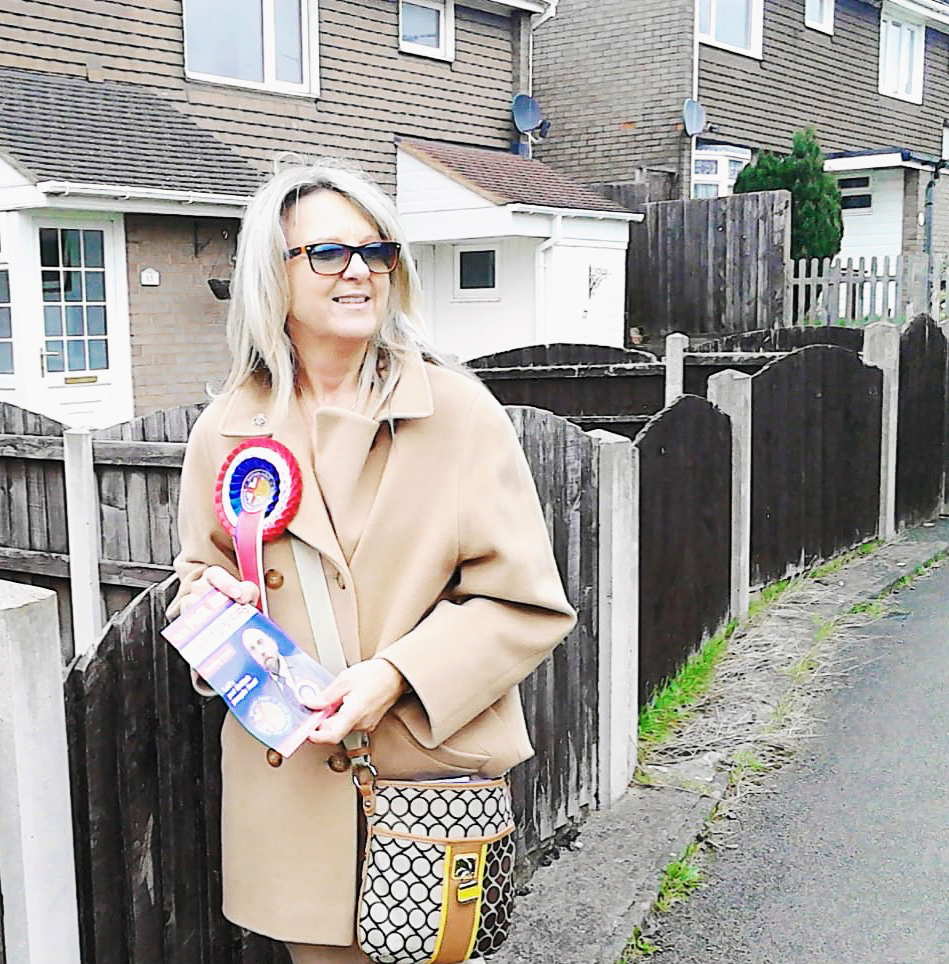 I have the skillsets to make Britain First a tremendous political contender and shortly we will start to appeal for election candidates and organisers.

We will start to identify local council "target wards" that we can steal from Labour.

As part of my previous tenure in a major patriot party prior to 2011, I part of the top team, and watched as huge national election campaigns were implemented that resulted in a seat on the London Assembly and two seats in the European Parliament.

I have been involved in politics at every level and I want to put all that to good use with Britain First. 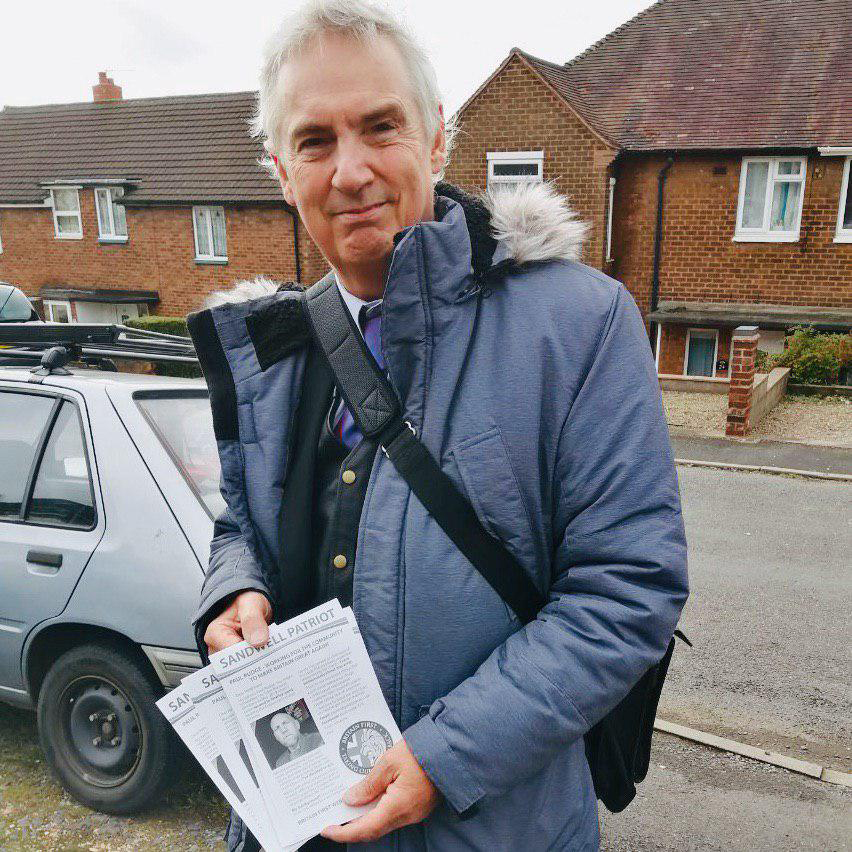 I remember when I stood against Sadiq Khan as a London mayoral candidate back in 2016, securing over 100,000 votes across London, in a first time effort.

I remember back in 2019, we stood in the local elections (as "independents" thanks to the obstruction of the Electoral Commission) and took 15% of the vote in Tory Hertfordshire and 28% of the vote in a Labour area of Birmingham.

I am certain we would have emerged victorious in the latter election if we had "Britain First" on the ballot paper!

Well, nothing is obstructing us any more, "Britain First" will be on the ballot paper in all future elections. 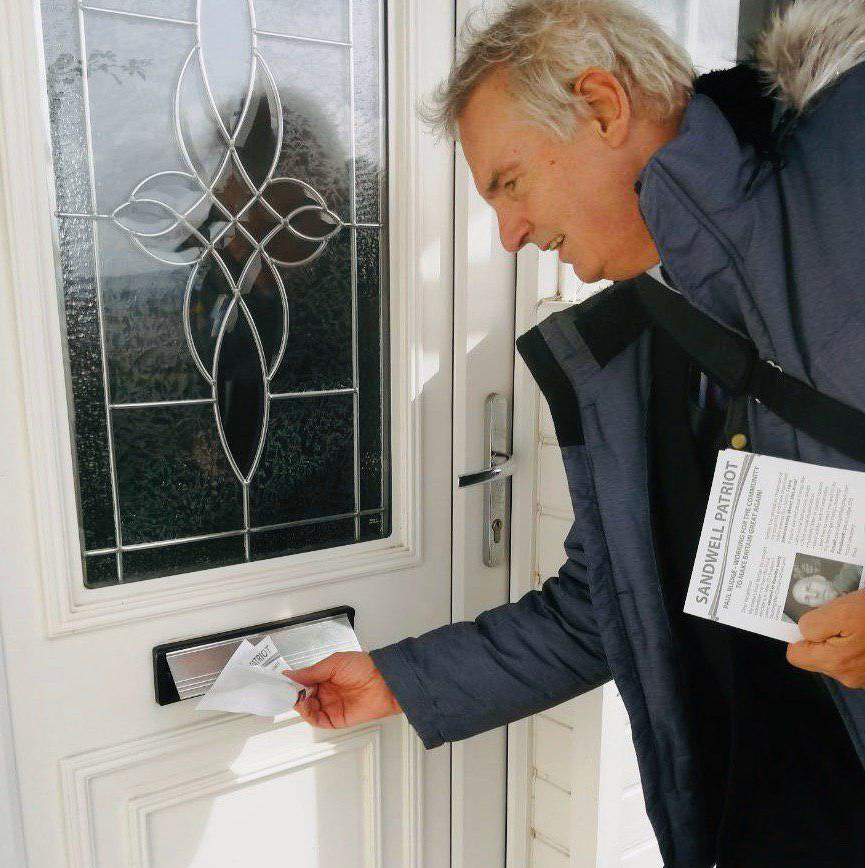 Our enemies are very, very worried and concerned, and they should be!

We are gearing up to storm British politics.

UKIP achieved four million votes back in 2015, but we will surpass that, watch this space!

We are currently seeing an unparalleled political situation unfold before us. 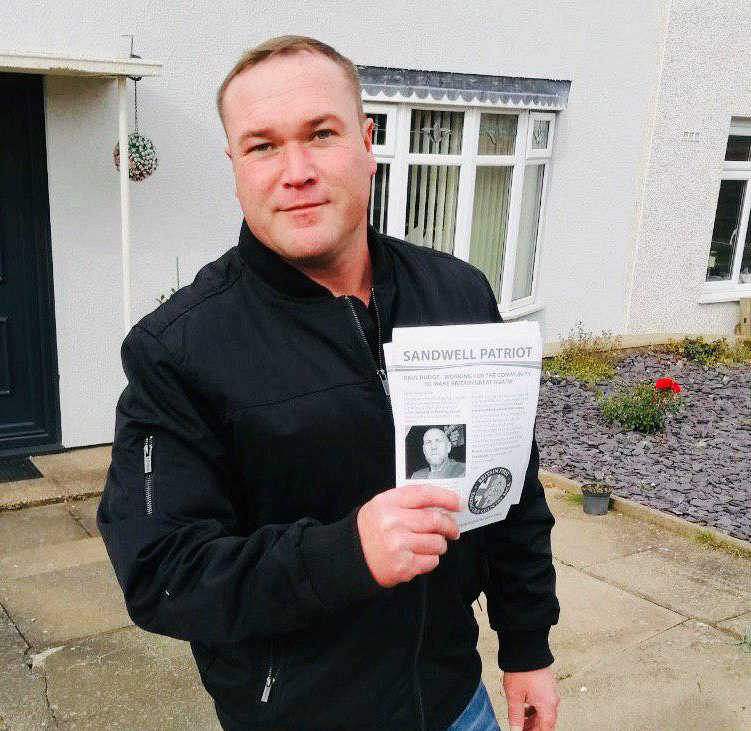 UKIP has collapsed into obscurity, the Brexit Party is irrelevant, and all the rest you can think of are tiny, fading away or mediocre.

No one can deny that Britain First possesses the "household name" recognition and widespread support needed to become a stupendous opposition party.

On a practical level, I ask for your help to assist me in getting this party on an electoral war footing.

I refuse to "rest on our laurels". 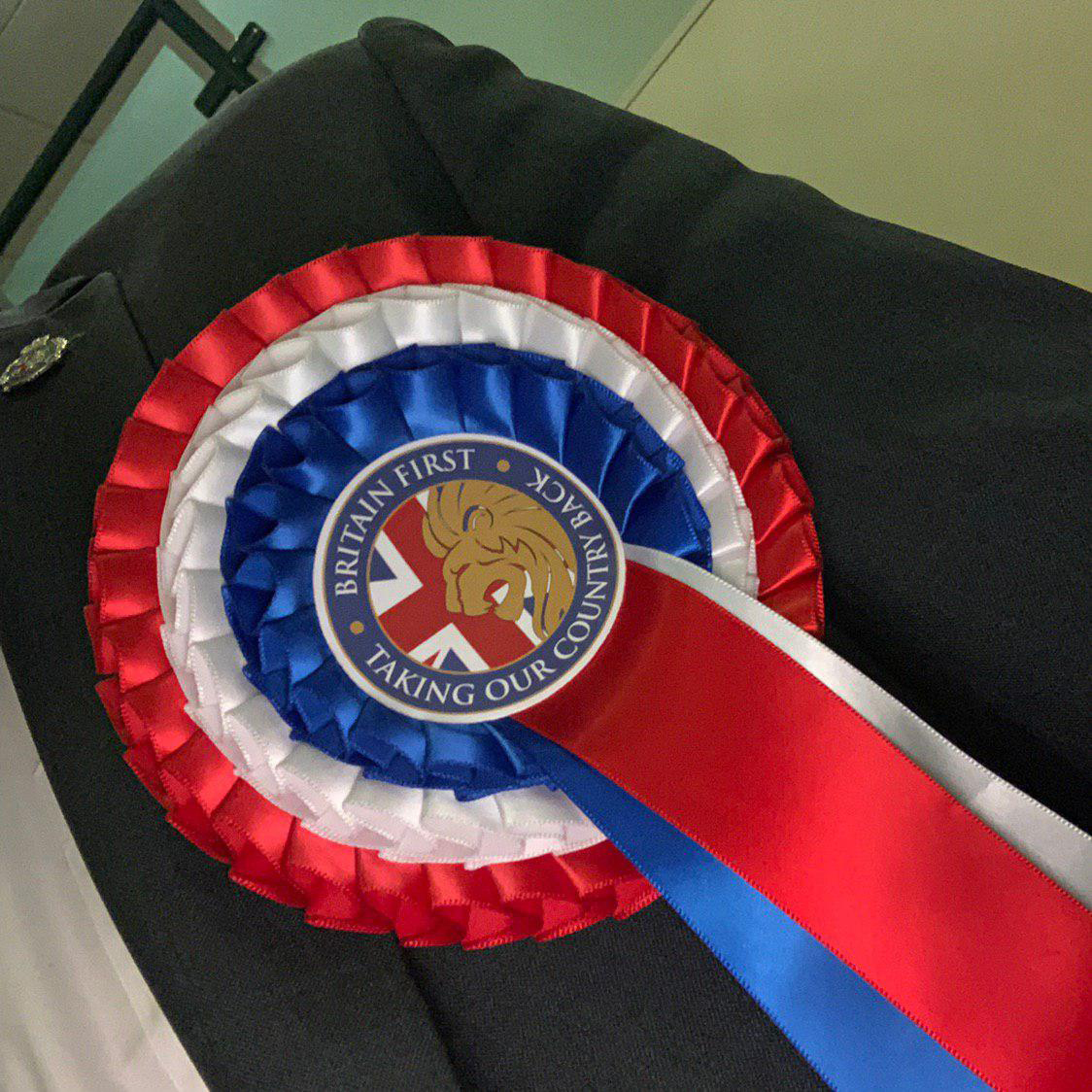 What yesterday's victory meant was that we have a huge amount of graft to get through, as quickly as possible!

My focus currently is to build an entirely fresh "Elections Department" from scratch that can fight a future elections.

We need to signup hundreds of local election candidates from among our supporters, identify local target wards, create a library of local community leaflet designs, provide training and guidance for activists, canvassers, candidates and organisers, and so on.

The task before us is huge and monumental, but if anyone can do it, Britain First can! 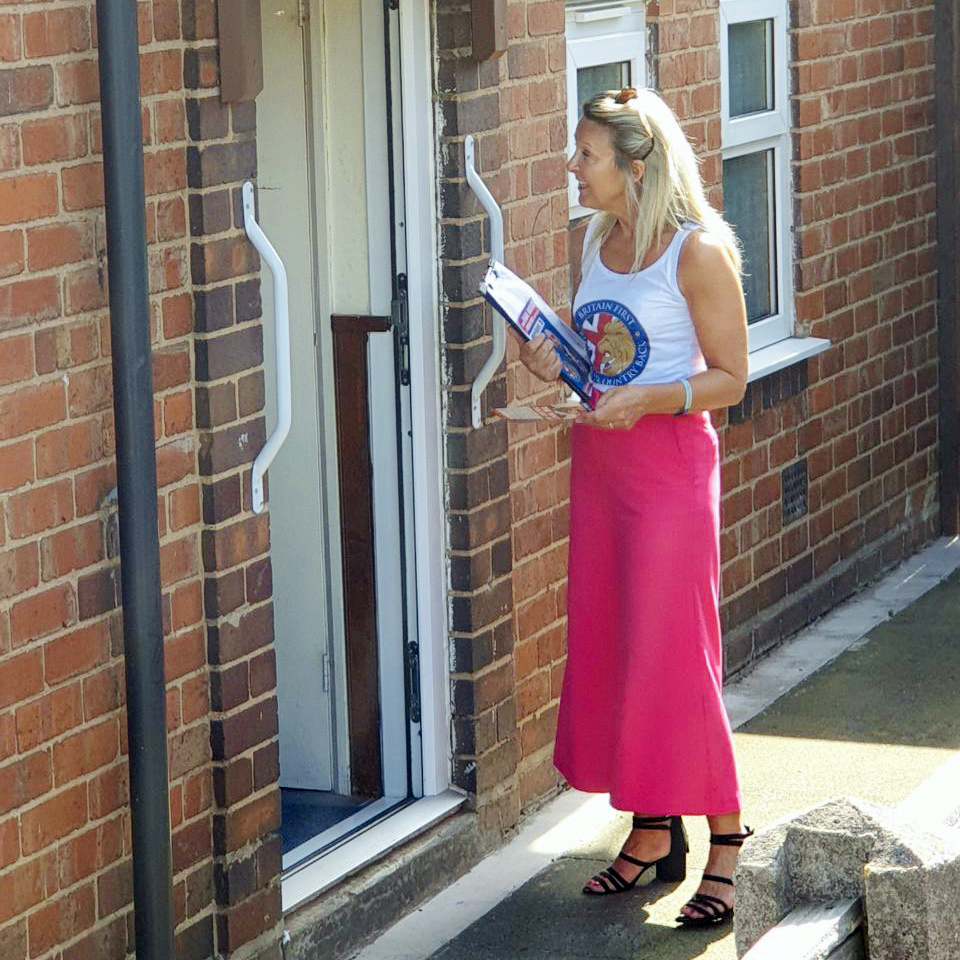 I am therefore asking that you stand beside me once again so we can build the elections machine that will rescue our children's futures.

You stuck with me over four long years against the Electoral Commission, trust me again to turn Britain First into a powerful political party.

I have only one question, are you with me?

Our time has finally arrived!

Let's terrify the corrupt politicians in their Westminster bubble, hit below and strike a blow for British survival: