Yesterday, the convoy visited Edinburgh, the capital city, and the town of Falkirk. 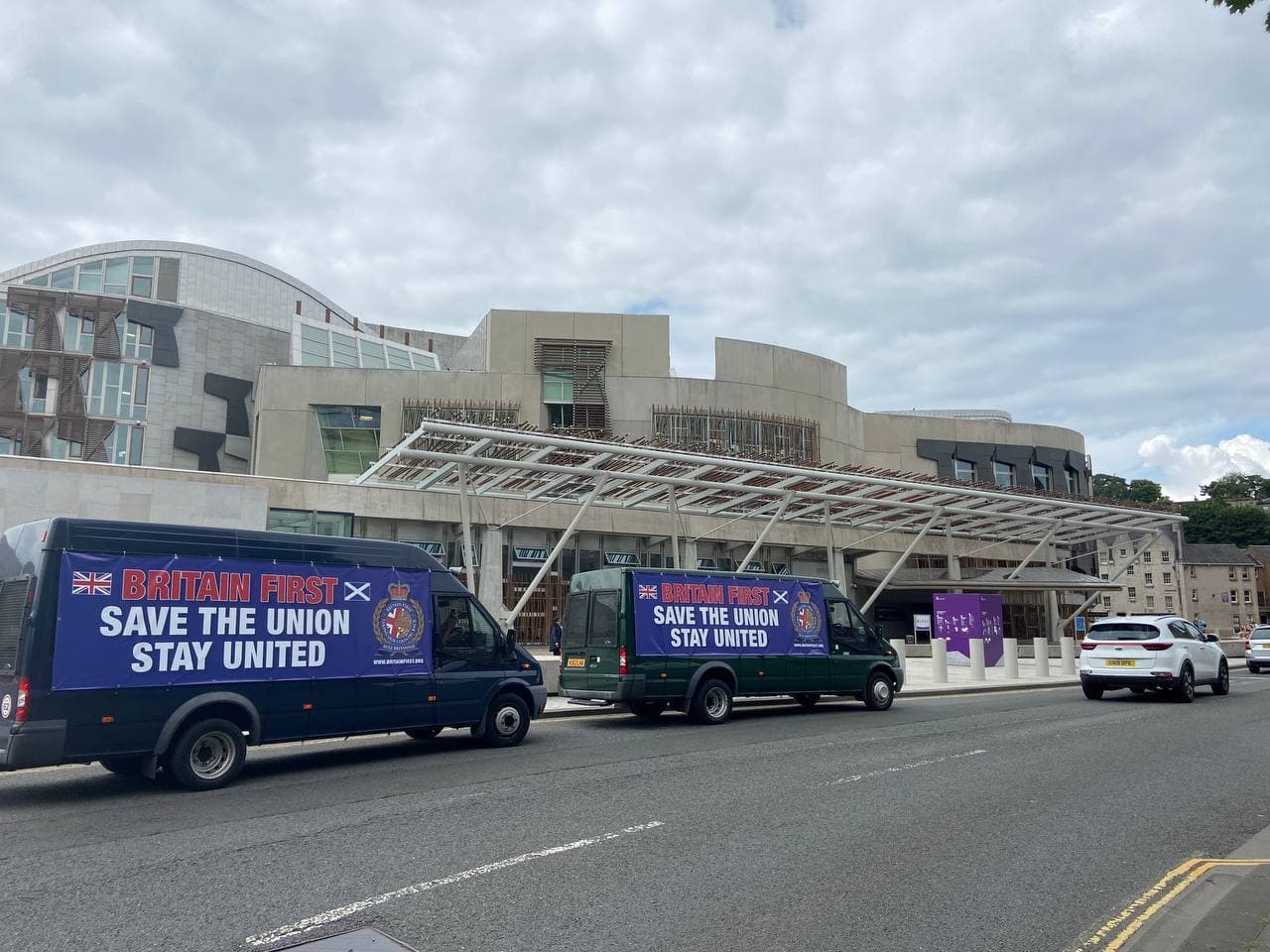 The Britain First roadshow is triggering leftists on Twitter, with the most prominent outburst coming from Carol Mochan, a Labour member of the Scottish Parliament. 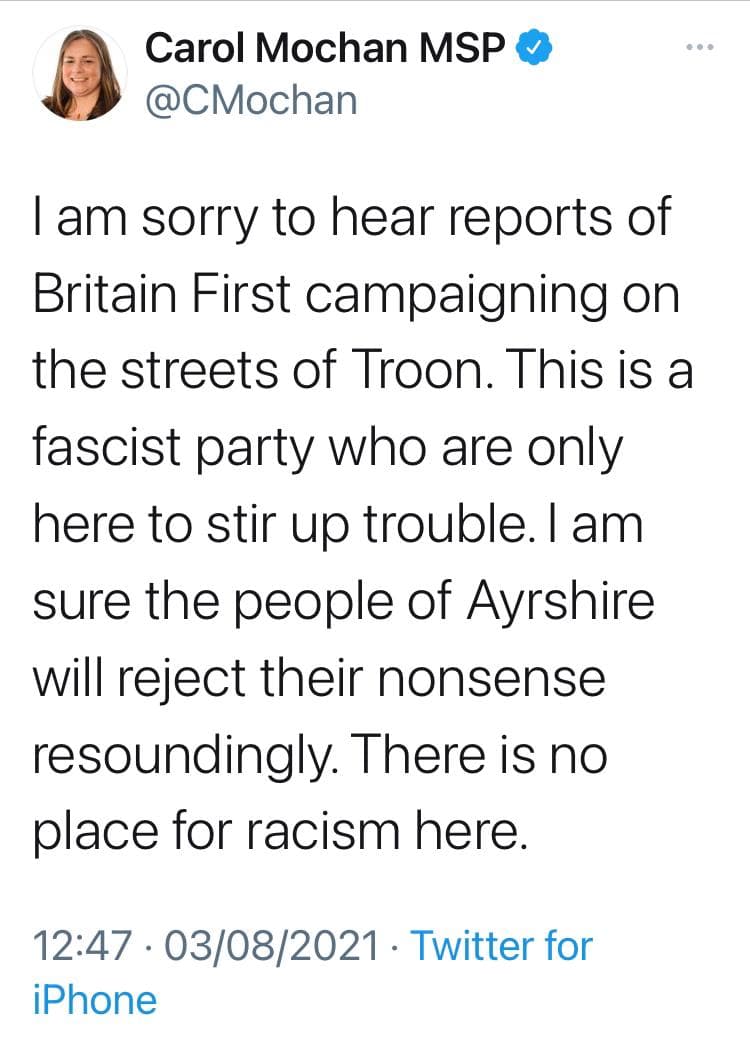 Plenty of horrified leftists are complaining on Twitter, even journalists. 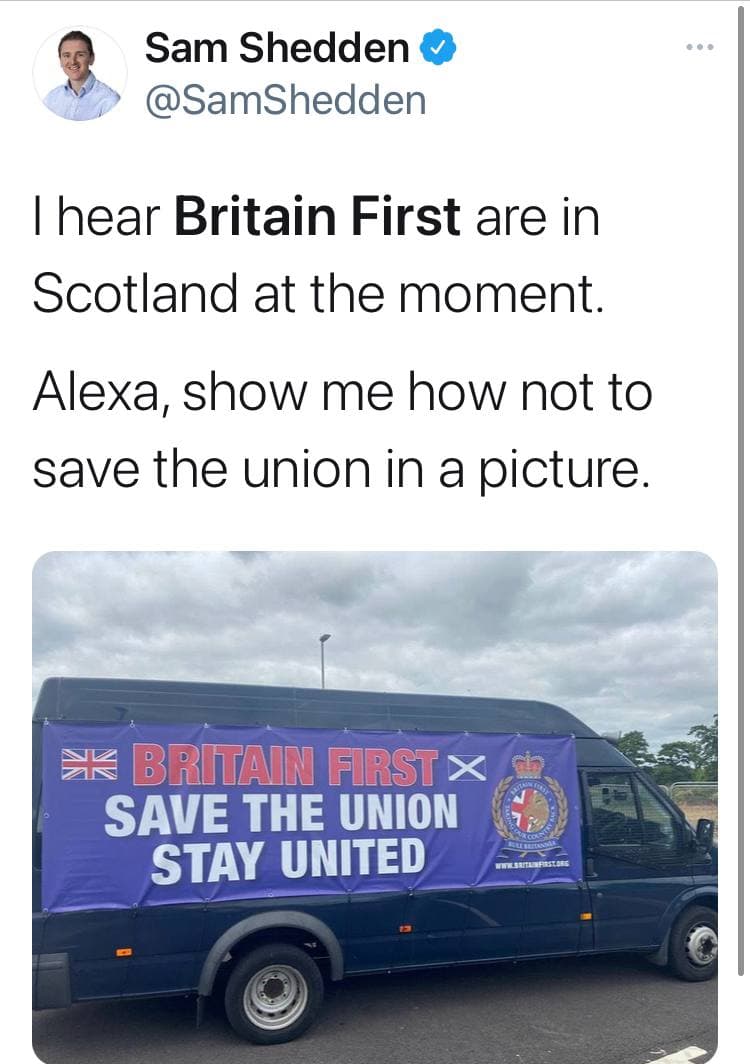 While in Edinburgh, both the Battle Buses halted directly outside the residence of First Minister Nicola Sturgeon at Bute House (below). 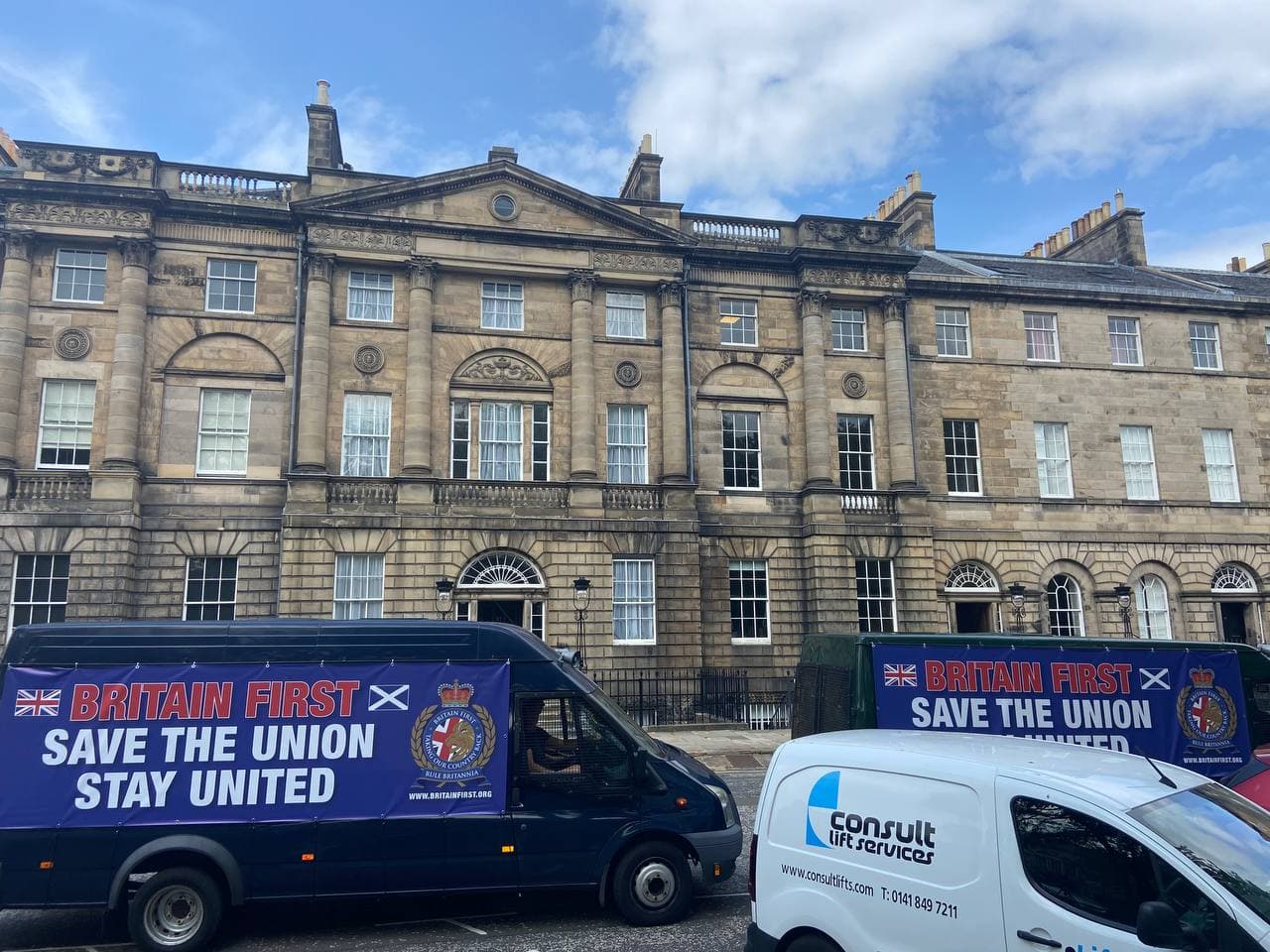 The convoy then headed for the Scottish Parliament and the Royal Mile.

While campaigning in Falkirk, the town was quiet, but there was plenty of support from the local patriots.

Watch the video report then share on social media: